A BRIEF HISTORY OF NMSS 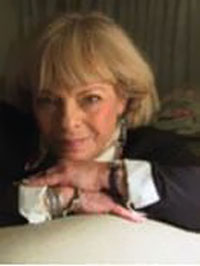 Even though the New Mexico Sandplay Society (NMSS) was formally established in 1994, New Mexico interest in Sandplay began in 1987 when Susan Macnofsky, LMFT, a registered art therapist and a founding member of the newly formed Sandplay Therapists of America (STA), was encouraged by colleagues and the Friends of Jung in San Diego to go to New Mexico and present a Sandplay case. Sandplay was warmly received, and in 1989 Susan was asked to present again at the IRIS conference in New Mexico.

After her second presentation, several art therapists approached Susan and requested she come to Albuquerque and teach them about Sandplay. For some time, Susan traveled from San Diego to Albuquerque on a regular basis to work with this initial group of therapists. By 1991 she was living part time in Albuquerque and part time in San Diego. In 1992 Susan moved to Placitas, and continued to provide personal Sandplay process and Sandplay training to a growing group of therapists. With the support and encouragement of those early therapists, Sandplay became an active healing force in the New Mexico therapeutic community.